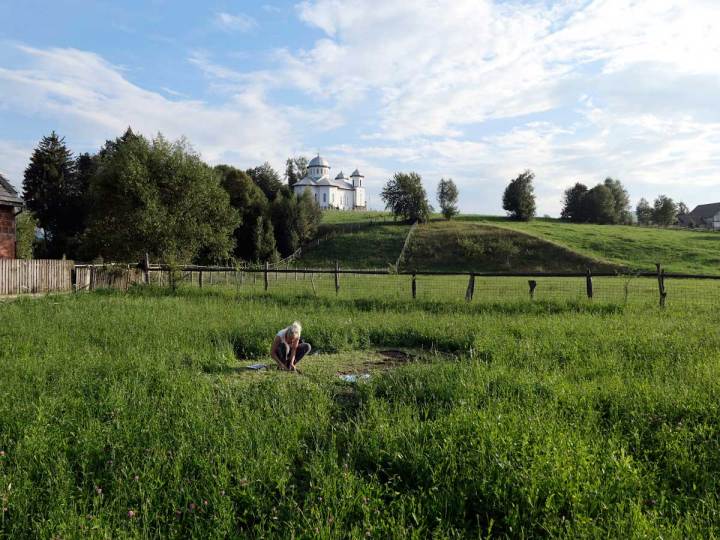 A research and work by Gedske Ramløv, artist in residence 2018.

The history of the house where the residency takes place – a private matter but, at the same time, paradigm of the recent history of Romania, which places it in the context of the great European twentieth century ideologies – together with the visit to the Village National Museum “Dimitrie Gusti” in Bucharest, an open air museum of ancient rural houses, and Emanuela’s care and attention for her grandfather’s house that revealed her yearning to reconnect with that land of origin (see Gedske Ramløv – Notes from a border land), led me to reflect on the concept of “home” and to ask myself if the house, of whatever architectural structure or form it might be, does not ultimately represent the concrete physical bond between man and earth, the necessary condition between him and his environment, a three-dimensional frame society-space-time, and an essential requirement for his survival. The question aligns with the thought of the philosopher Emmanuel Levinas when he says:

The privileged role of the home does not lie in its being the ultimate goal of human activity, but in its being the precondition and – in this sense – the very start of it. The gathering process necessary for nature to be grasped, for it to take on the form of the world, occurs from within the home. Man stands before the world as if he had come upon it, setting out from a place of his belonging: from a home of his own which he may retire to at any time. 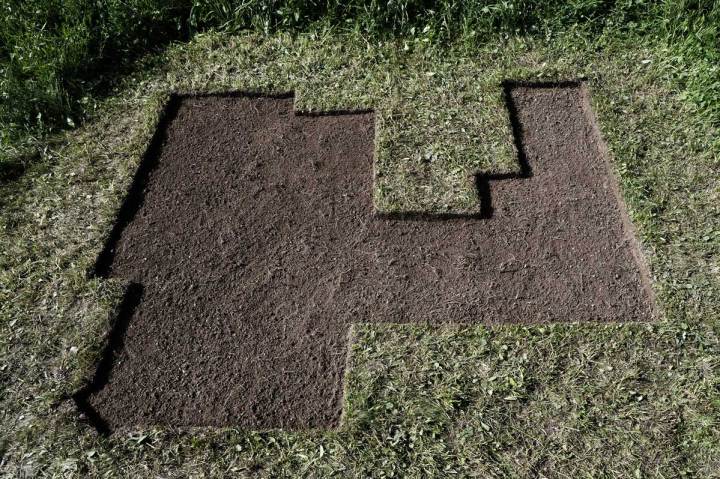 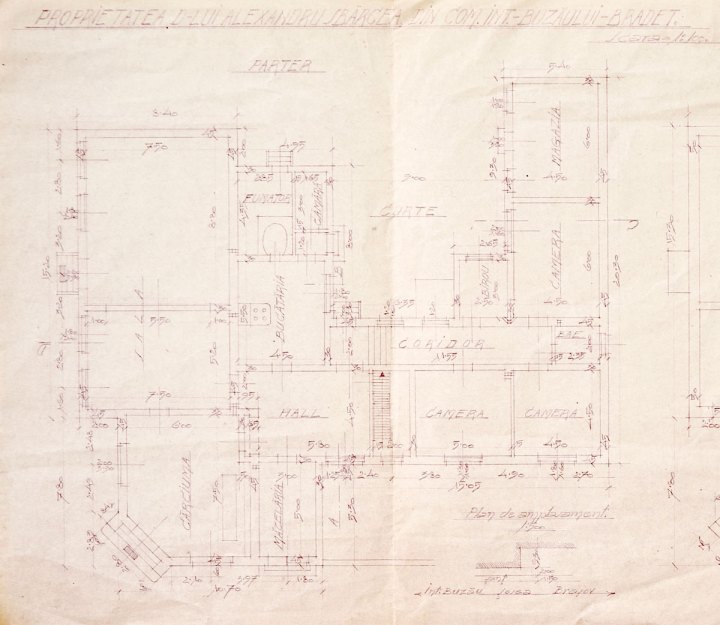 The work reproduces the original planimetry of the house, as designed in 1942 by Alexandru Zbarcea, and has been excavated at 1:10 scale in the field in front of the part of the house which had finally been built between 1946 and 1947. The work materializes the union between the idea of house, the physical materiality of the earth and the history of man.

Excavation: approximately 260 x 280 x 7 cm.
Of the excavation remains only a photographic image. 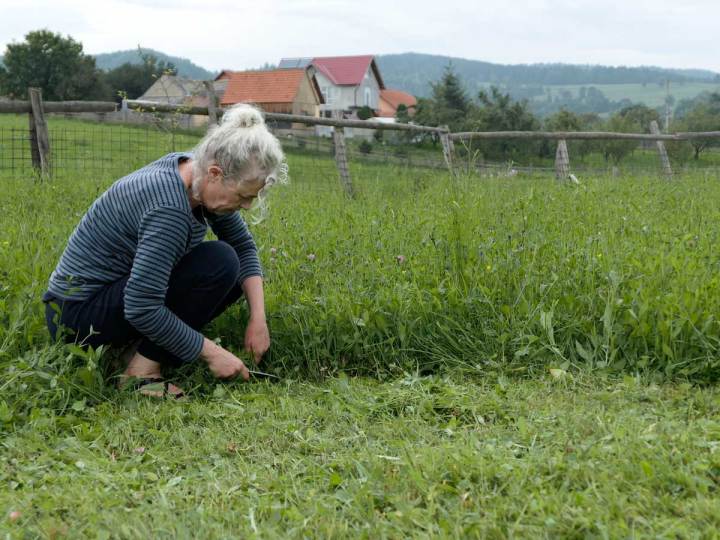 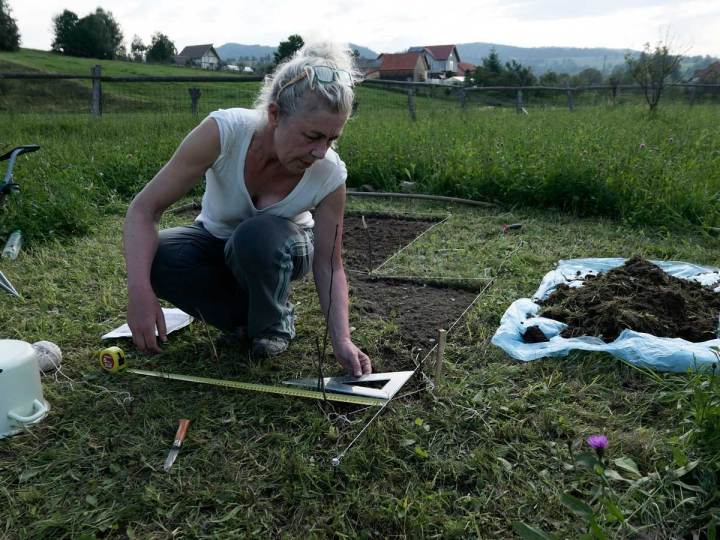 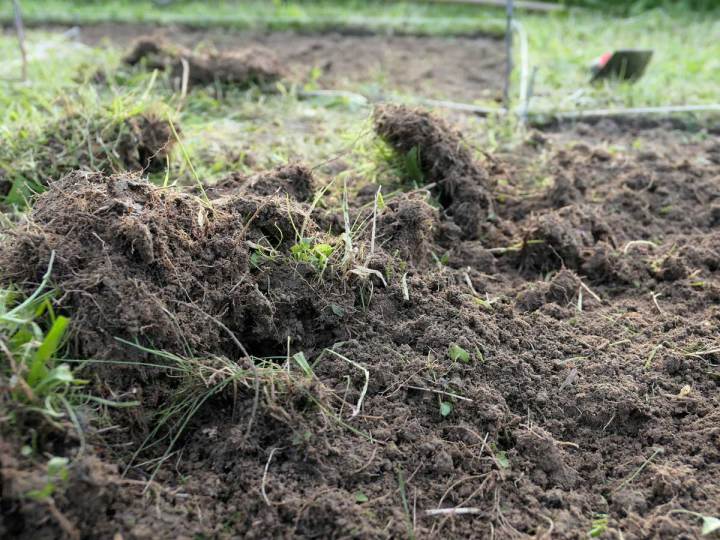 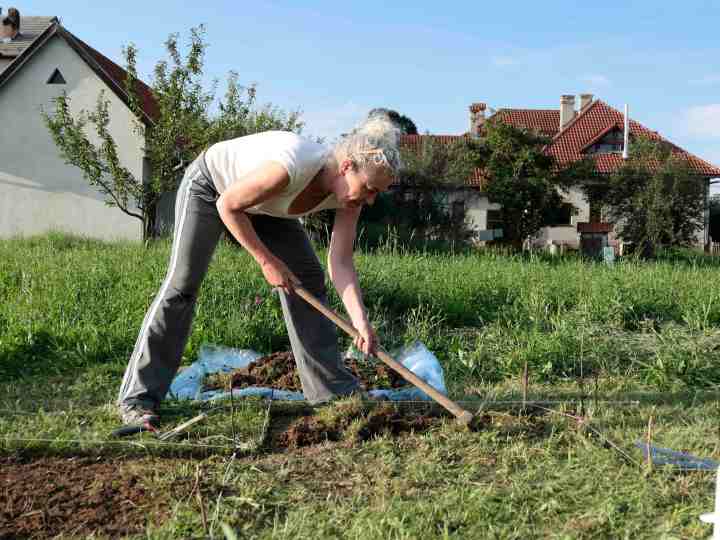 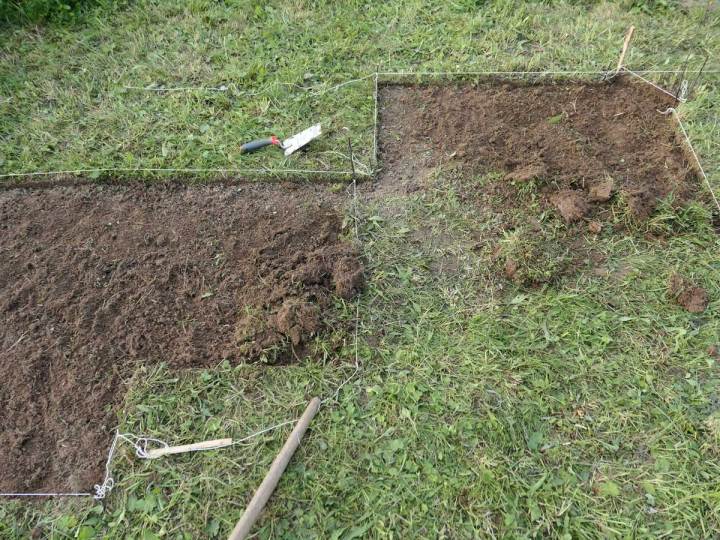