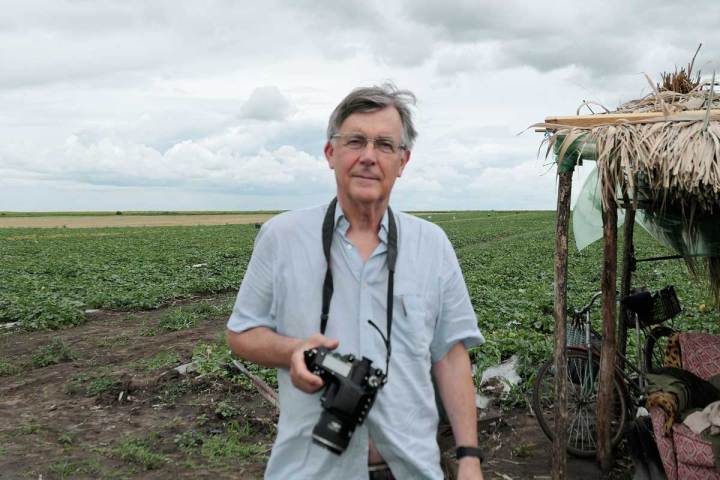 A photographer and curator, together with Paolo Costantini and Guido Guidi he was one of the founders of Linea di Confine per la Fotografia Contemporanea (www.lineadiconfine.org), a photographic research laboratory on the territory, which has hosted internationally renowned authors, from across both Europe and America.
He has curated numerous exhibitions for Linea di Confine including Via Emilia. Fotografie, luoghi e non luoghi (at L’Ospitale, Rubiera, 1999), Luoghi come paesaggi. Fotografia e committenza pubblica in Europa negli anni Novanta (at the Uffizi Gallery, Florence, 2000). He also curated the survey and the series of exhibitions Linea veloce Bologna-Milano with Tiziana Serena, (at L’Ospitale, Rubiera, 2003-2010), and together with Antonello Frongia, Red Desert Now!, examining Antonioni’s legacy in contemporary Italian photography (at L’Ospitale, Rubiera, 2017).
He has also published numerous essays, including Attualità del documentario in Luogo e identità nella fotografia italiana contemporanea, published by Einaudi, Turin (2013).

As an artist, he was one of the first in Italy, in the early ’90s, to focus on the identity of public spaces, with Ambienti Pubblici (1991-1994) and Identità di Gruppo (1995-1997), using photography as an anthropological and cultural document of the places and spaces of architecture. Starting from 2006, he began to deal with the theme of the modern and the idea of progress, investigating infrastructural works, working environments and the forms of technology of the recent past and present, also using archive materials. He focused on these themes through various investigation projects and publications like Il Villaggio (Linea di Confine Ed., 2009), The Dairy (W. Koenig/Linea di Confine Ed., 2013), and New Lands (Linea di Confine Ed., 2016). The theme of the transformation of working environments, in relation to the phenomena of technological acceleration, was at the heart of his recent study and publication Bodies of Work (Linea di Confine Ed., 2018).
He has displayed his work both in Italy and Europe, as well as at the CCA Montreal, (CA), Fotomuseum Wintherthur, Wintherthur, (CH); Die Photographische Sammlung/SK Stiftung Kultur, Cologne (D), the Venice Architecture Biennale, Galleria degli Uffizi, Florence, L’Ospitale, Rubiera, Reggio Emilia; MAXXI, Rome; the Milan Triennale; MAST, Bologna; Centro Candiani, Venice.

The aim of my investigation is, first and foremost, to analyse the rural environments of Romania, through a documentary-style study, not naïve but well aware of the role that photography plays in contemporary culture, with the aim of contributing to producing an alternative image of rural Romania through an in-depth research project.
The study will set out to highlight the characteristics of the landscape, the economic activities carried out by farmers – raising livestock and growing crops – as well as aspects of the life of local communities. The forms of architecture will be analysed, along with housing and working tools. Special attention will be paid to the presence and contamination of the modern with the popular.
The representation of peasant culture, so significant in the areas of Transylvania (also in its ‘higher’ manifestations, such as in the work that Costantin Brancusi – considered one of the very fathers of modernism – left in the town of Tirgu-Jiu) will be considered with great attention through the investigation of popular forms of architecture.
This representation will also be subject to debate in terms of its credibility, in being at any rate the result of an artistic construction, also through a comparison with historical representations, documents and photographs to be found throughout the territory or available in a number of museums in the area.