A Sunday afternoon, learning about spontaneous herbs with Cristina.
At the edge of the paths, through the meadows, among the woods.
Exploring the landscape with Joana Quiroga and Suncica P.K. 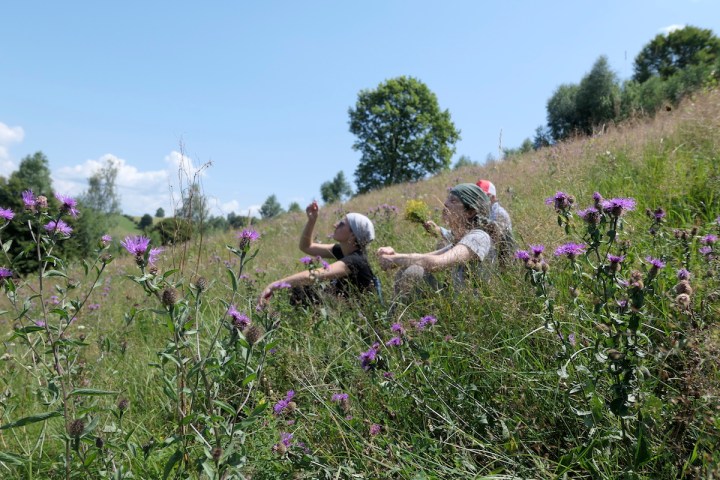 In order to have pastures and hay men have been cutting woods down for centuries, leaving room for spontaneous herbs to grow. Some of these fallow fields growing plants are known and used for their healing properties.

Attending the grasslands is common for those who breed livestock and live out of subsistence farming, and, on such paths, time is used to collect herbs that, once dried, provide natural remedies to be used throughout all the winter.

In these areas of the Carpathian Mountains such habits are still alive, even though people who fully live the fields are growing fewer and fewer, and the practical knowledge deriving from experience and related to the use of certain plants is progressively getting lost. How to recognise them, harvest them and keep them, what nutritional and therapeutic properties they have, and how to use them: these are notions that were once handed down from generation to generation, especially during the season of fieldwork when, while going back and forth, people used to collect herbs.

Cristina keeps doing it. And, one Sunday afternoon, together with his brother Costantin, she took us on an exploratory walk to meet with the plants they know and use.

With the gradual desertion of farming activities and the departure of man from the land, we will have, in time, more woodland and less grassland, and therefore, fewer spontaneous healing herbs, whose use has now been replaced by modern synthetic drugs, which go together with a totally different lifestyle. Fewer meadows also mean more milk and meat from factory farms, and a less healthy life, which is totally detached from the ecologic dynamics that bind the varied elements of any natural environment. 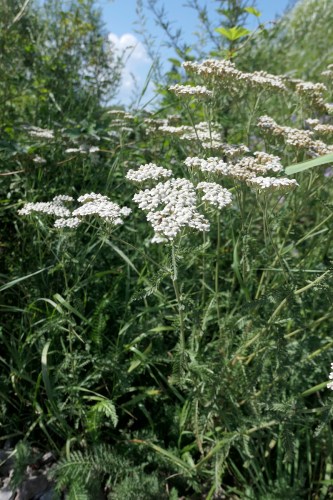 Coada șoricelului (Achillea millefolium)
It is used to make herbal tea to purify the liver and for stomach ailments. 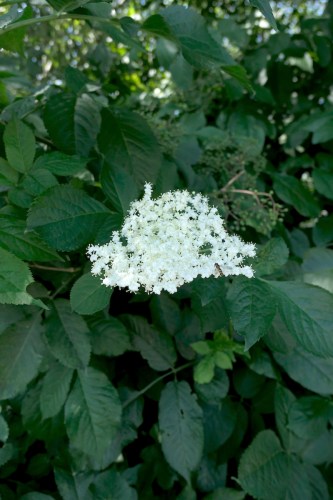 From the flowers it is produced socată, a refreshing drink. The berries can be used to make jam.
Except for the flowers and ripe berries, all parts of the plant are poisonous to mammals.
Extracts of the flowers and fruits are used for cold and flu symptoms, and respiratory tract infections. 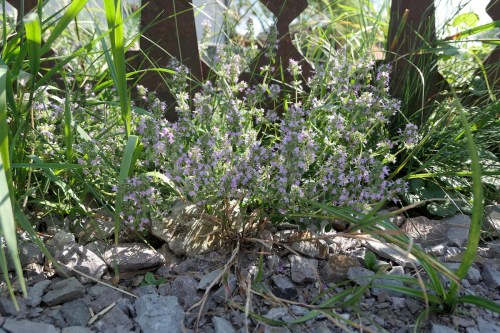 It is used to flavor foods and for the preparation of tranquilizing and antispasmodic herbal teas.
It is good to promote sleep. “You can put it inside the pillow.” 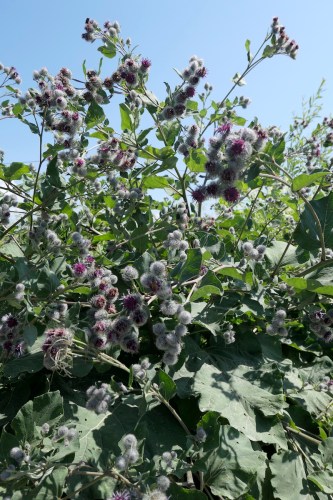 It has many purifying properties and against skin diseases, but it is not so used in the area.
It has clusters of beautiful round thorny flower heads. It is widely grown as forage for cattle, and is most often harvested as hay. It has a high nutritional quality, thanks to the high protein content and highly digestible fiber. 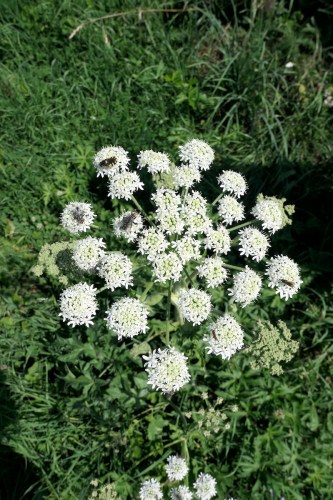 Like all plants, it has many properties but it is not widely used in this area.
Various types of insects like it very much. In the photo you can see at least eight different ones that are feeding in its nectar. 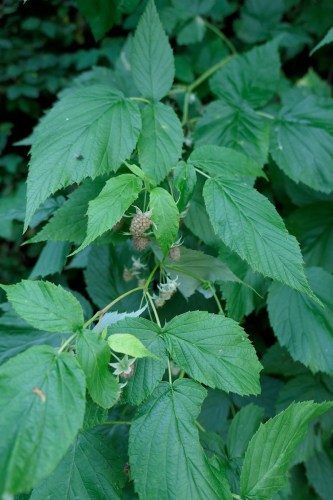 An infusion of leaves can be used for weight loss. “It removes the fat from the belly.” 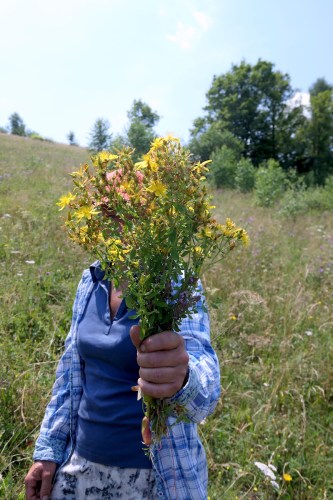 It is known also as St John’s-wort. It is used for stomach pain and as a strong antidepressant, to “drive out devils”. When assumed, it may cause photosensitivity. 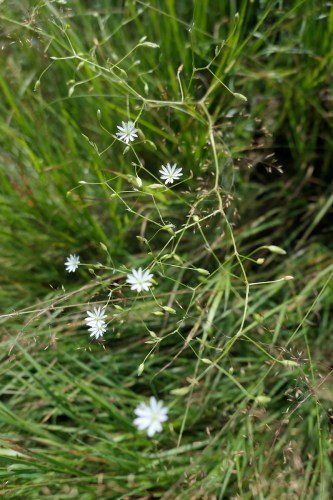 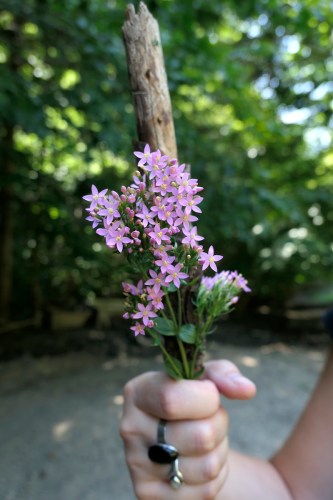 It stimulates gastrointestinal secretions and cleanses the liver. It is prepared as an herbal tea. It is good for the stomach. The roots are used to stimulates appetite and digestion.
It is used in ţuica, an homemade distillate. 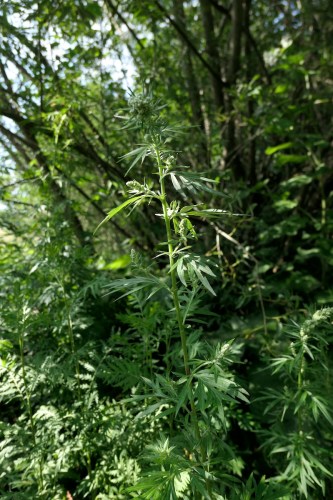 The plant is highly allergenic, and causes allergic rhinitis. It if used for cooking as an aromatic plant, and as an herbal tea for stomach and digestion. 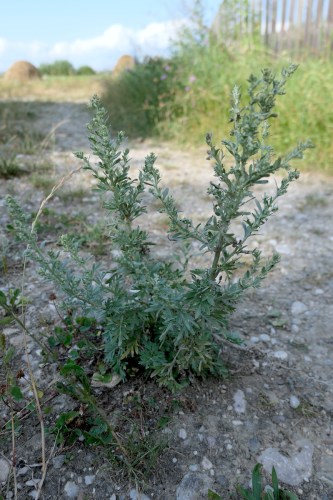 It is very bitter and it is used for dyspepsia, and as disinfectant and healing agent for wounds.
It is used as an ingredient in the spirit Absinthe and some other alcoholic beverages. A kind of beautiful thistle which can be used as an ornamental plant. 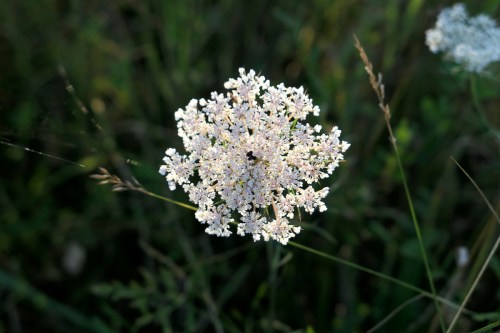 Like all plants it has many properties but is not used much.
It invades the meadows of white beauty. 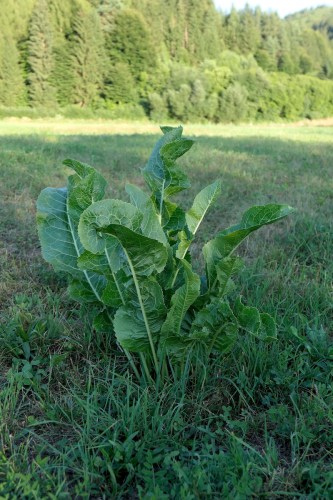 The grated root is spicy and balsamic, and it is used to make the cren sauce.
It has large leaves that grow with a sinuous pattern. 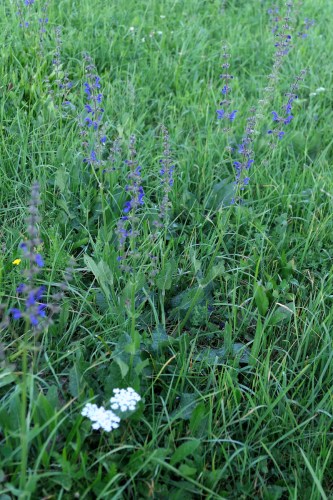 It can be used for cooking as an aromatic plant, less tasty than salvia officinalis.