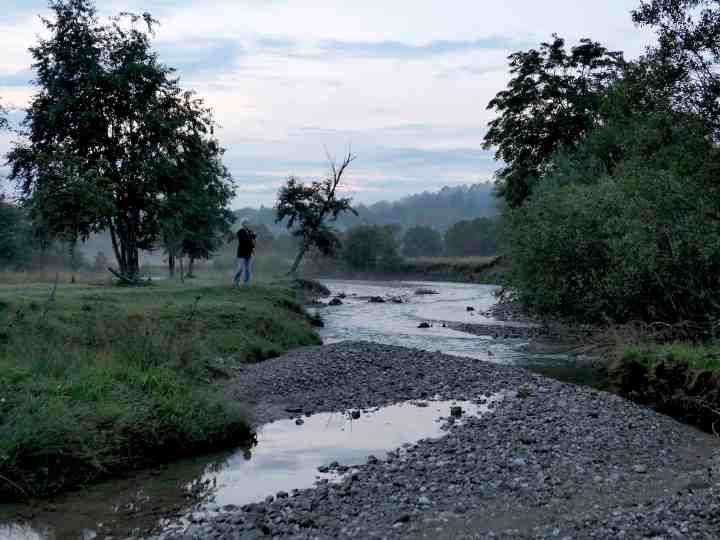 Gedske Ramløv, born in Copenhagen, lives and works between Urbino, Bologna and Copenhagen.

Her research originates from the interest in how ideological systems arise from the interaction between man and the earth and, in particular, in how the tension triggered by their reciprocal influence materializes in the architectural structures and in the organization of the territory, shaping the landscape, through its many anthropic stratifications.

She studied painting for 5 years at The Studios of Karen Højgaard (1982-1987) and at the same time she followed drawing courses at The Ny Carlsberg Glyptoteket and attended lectures at The Royal Academy of Fine Arts in Copenhagen DK.
In 1988 she moved to Italy.
In 2002 she started a collaboration with the artistic director of The Theater Cust2000, Donatella Marchi, on an experimental project, that resulted in her scenography for La Sorcière by the anthropologist Jules Michelet. In 2006 she attended lessons in oriental philosophy at The University of Urbino.
From 2007 to 2009 she worked as an assistant for Pier Paolo Calzolari, and in the same year, 2009, she accomplished a study trip to China.
In 2010, in collaboration with the curator Vincenzo Estremo, she undertook an in-depth study carried out on site on the landscape topography, The Talking Landscapes project, from which she later developed various projects on nature.
Recently she has exhibited at The Atelierhaus Salzamt in Linz in Austria, following a long residency, and completed a large project intitled The fall of an organic dimension of liquidity, as part of an itinerant residence in the lagoon of Venice.
She keeps on working on a long-term project on the Republic of San Marino, A Vertical State within The State, promoted by Little Constellations, that also invited her for a short residency in 2016. The project was curated by Katia Baraldi, with whom she subsequently collaborated for her last exhibition, in Bologna, on the concept of ‘border’, developing a project, based on the use of the program Google Earth, on the study of the topography of the momentary existing ‘borderlines’ of migration throughout the world.
She is currently carrying out a project on plants and their strategies for survival as metaphor for the dynamism of social, political and economic systems and the partition of the Earth, in collaboration with the Japanese artist Moe Yoshida Veggetti.