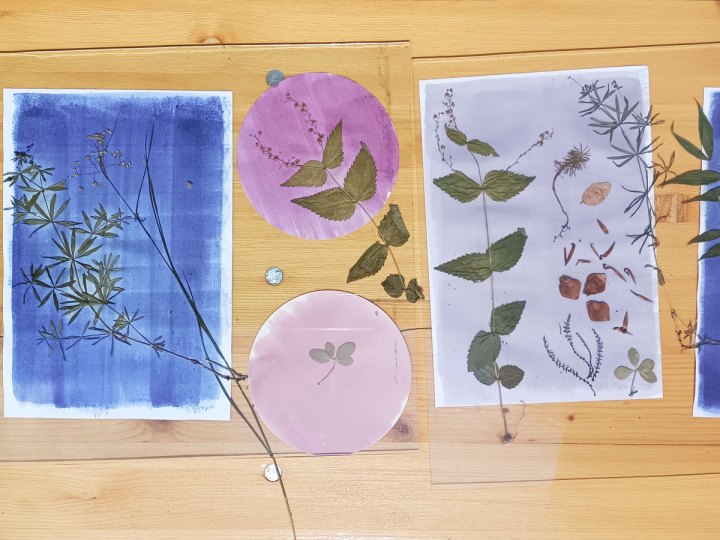 During the early nineteenth century, as experiments on the photosensitivity of various natural elements that would later lead to the invention of photography were pressing on, the photosensitive properties of certain flowers, fruits, and roots were also discovered and used to invent the Anthotype (anthos in ancient Greek means flower). It is a (photographic) printing technique that exploits these properties to create contact images that are made by exposing to sunlight paper which had previously been coated with an extract of these plant parts.

Caterina Giansiracusa shared her practical knowledge of this technique, and we tried making some anthotypes by experimenting with local fruits and flora. 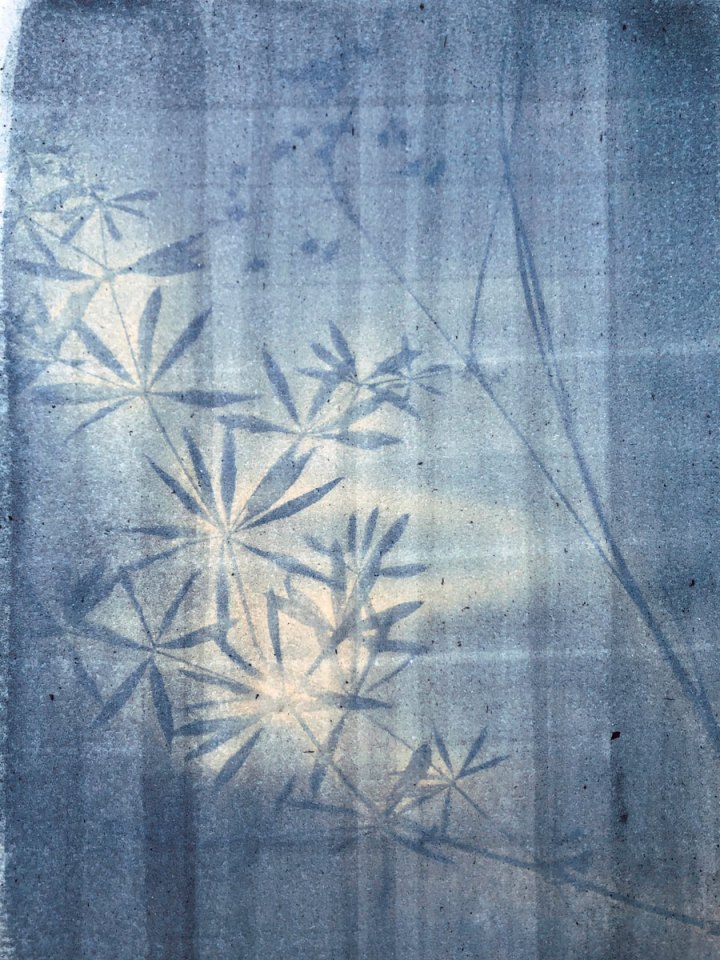 One of Intersecţia’s annual productions is vişinata, a simple homemade liqueur made from sour cherries (vişine), picked from a large tree growing behind the house. After decanting, we used the alcohol-soaked fruits waste to make some anthotypes. Then this year, for the first time, we have also made afinata, a similar liqueur made with blueberries (afine). With the juice of these fruits, which has both great dyeing and photosensitive properties, we prepared a second set of sheets for printing. 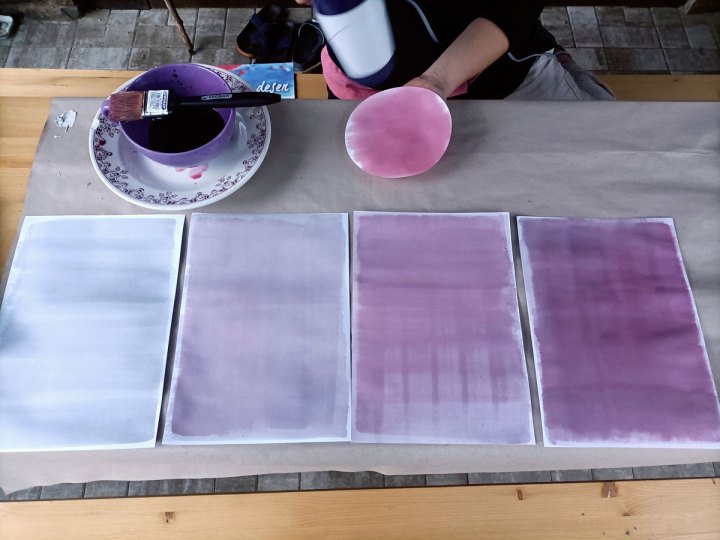 A forest has an aerial part, composed of the crowns of its trees, and an undergrowth composed of a variety of plants that manage to live with the little light that passes through the canopies. Such plants grow mostly low and creeping, along with mosses, lichens and fungi. Some samples of this wild biodiversity were collected to imprint them on the papers. 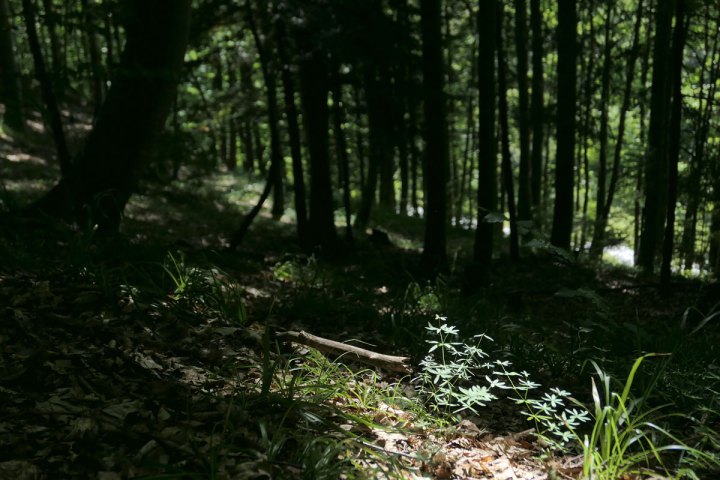